Whitchurch Fencing Club members battled it out in the Club’s first intra-club championship on Tuesday 28th April to decide who would be the ‘Whitchurch Club Champion’. The competition was introduced to coincide with the Club’s first year anniversary of moving to its new premises at Rhiwbina Memorial Hall, Cardiff, and the decision to rebrand the club as an ‘épée-only club’. It also enabled club members to compete in a friendly atmosphere, but with all the features of a normal competition, including using Fencing Time software, FIE scoring sets, and referees.

Competition Report
The competition was a closely fought contest, in which everyone won at least one bout. There were many 4-5 results, which, had they fallen out differently, would have significantly altered the final placements.

Krystof Gibbon was unbeaten and with a total 9 wins became the first ‘Whitchurch Club Champion’. Adrian Stoneman and Rupert Nute both scored 7 wins, but Adrian just beat Rupert to second place with a higher indicator. Tom Bennett was awarded a prize for being the ‘highest-placed beginner’. 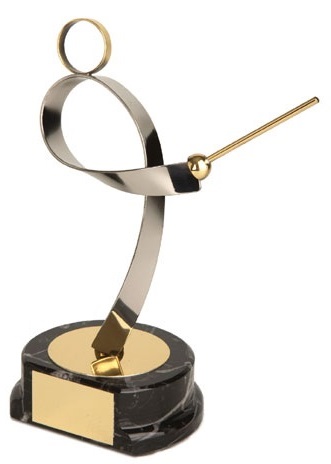